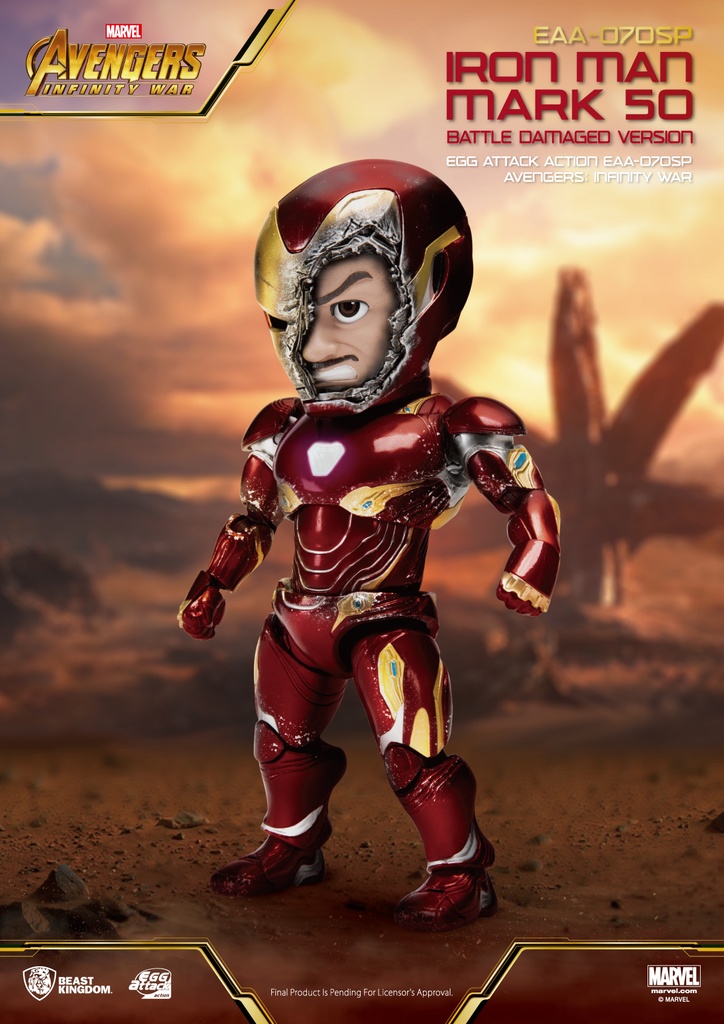 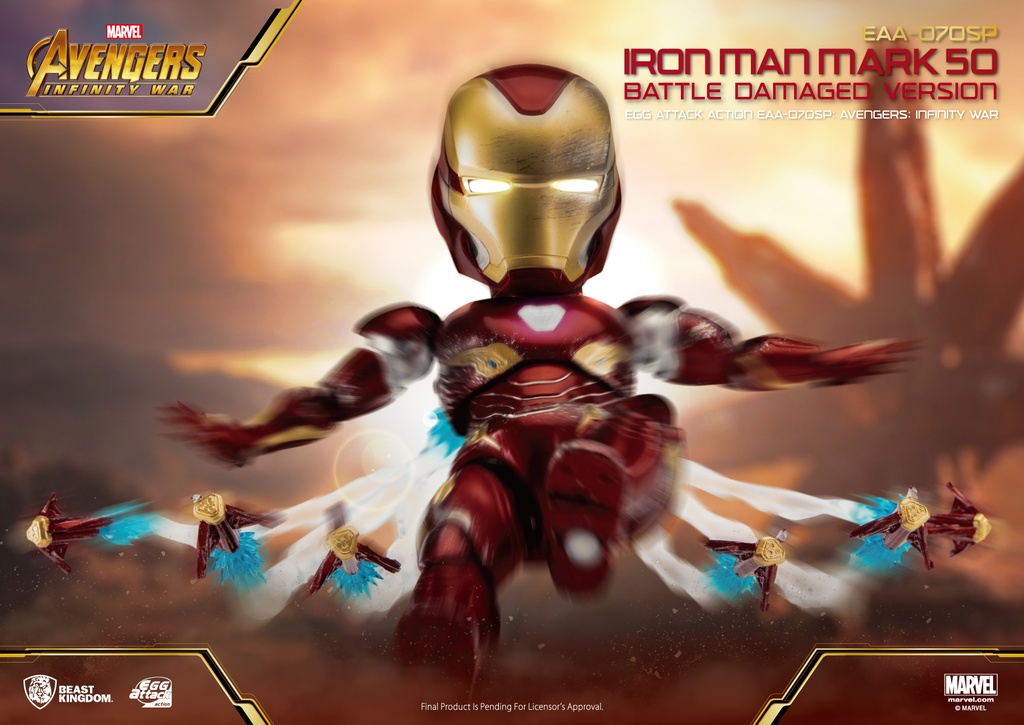 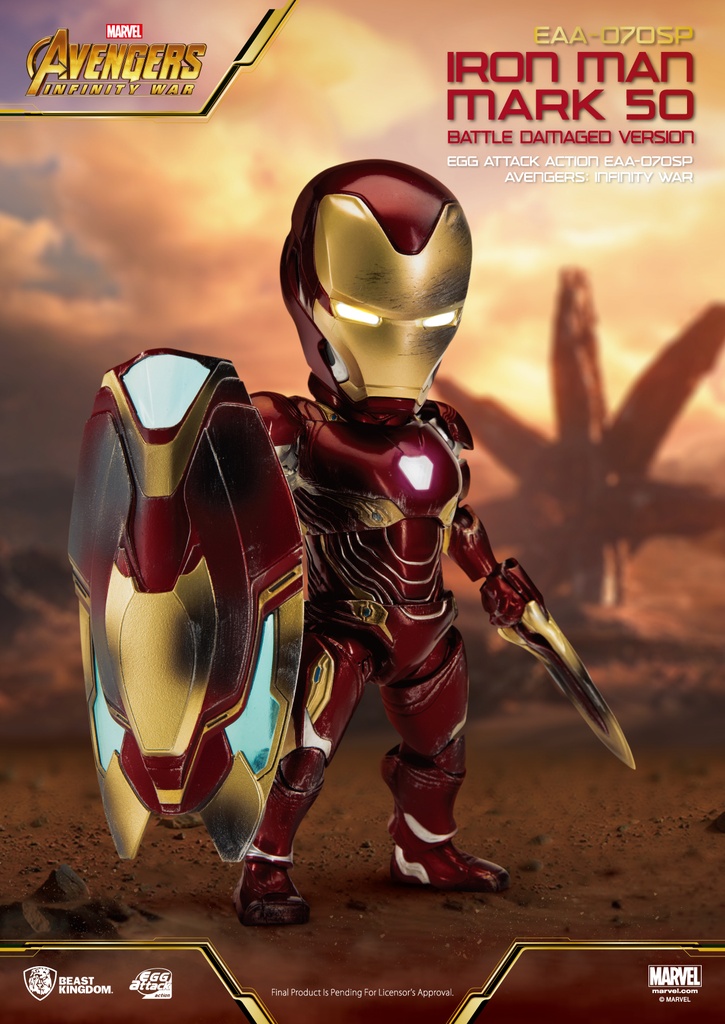 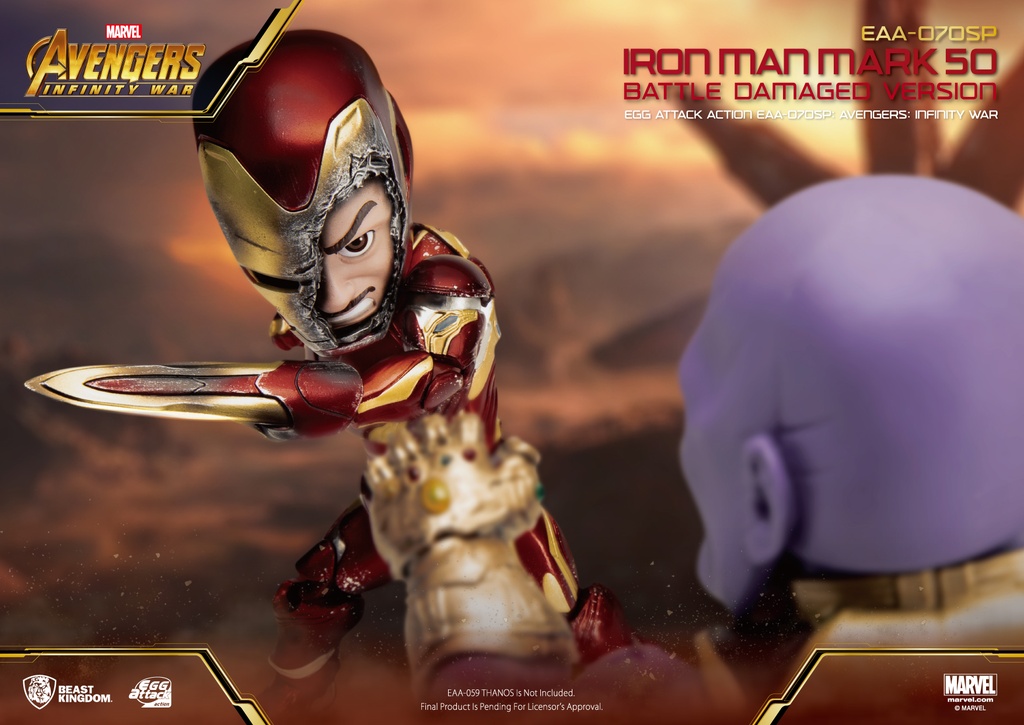 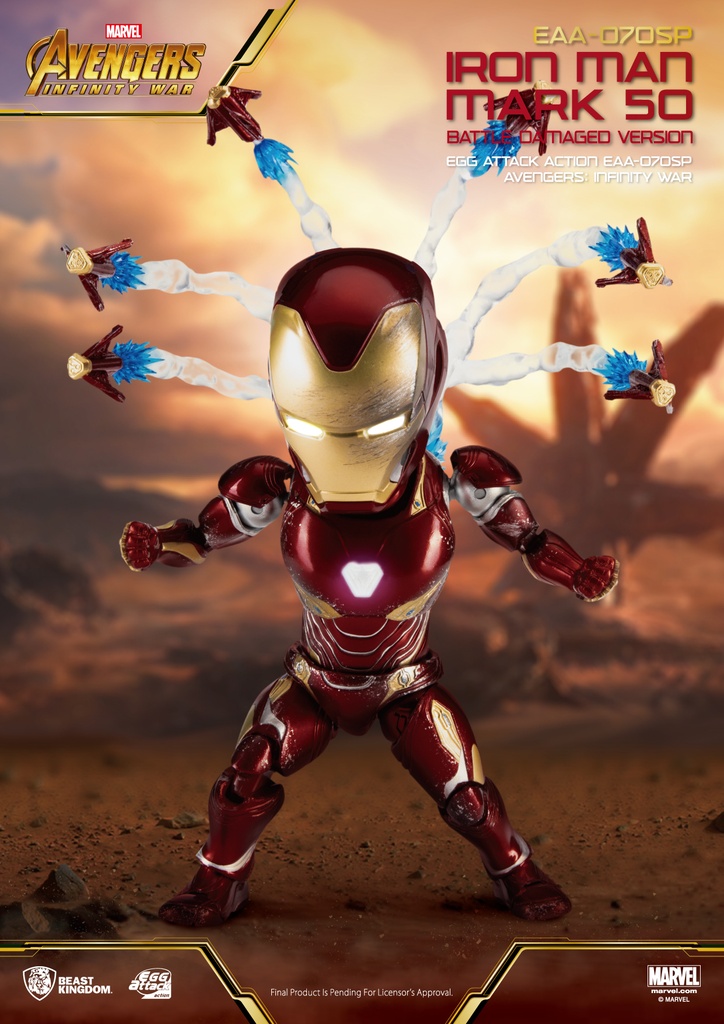 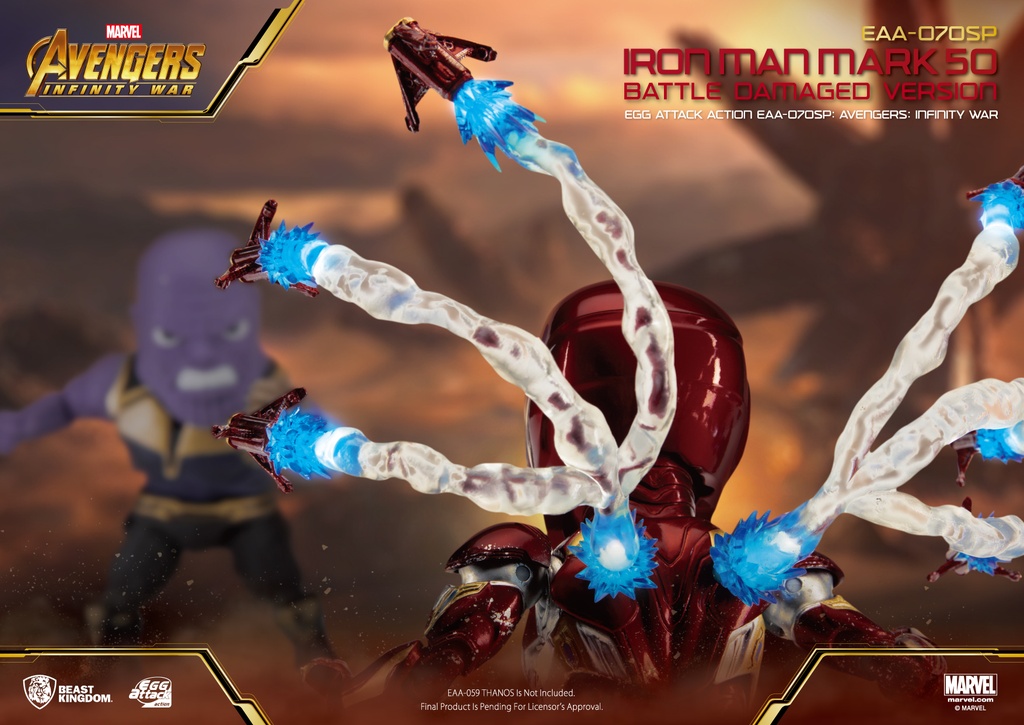 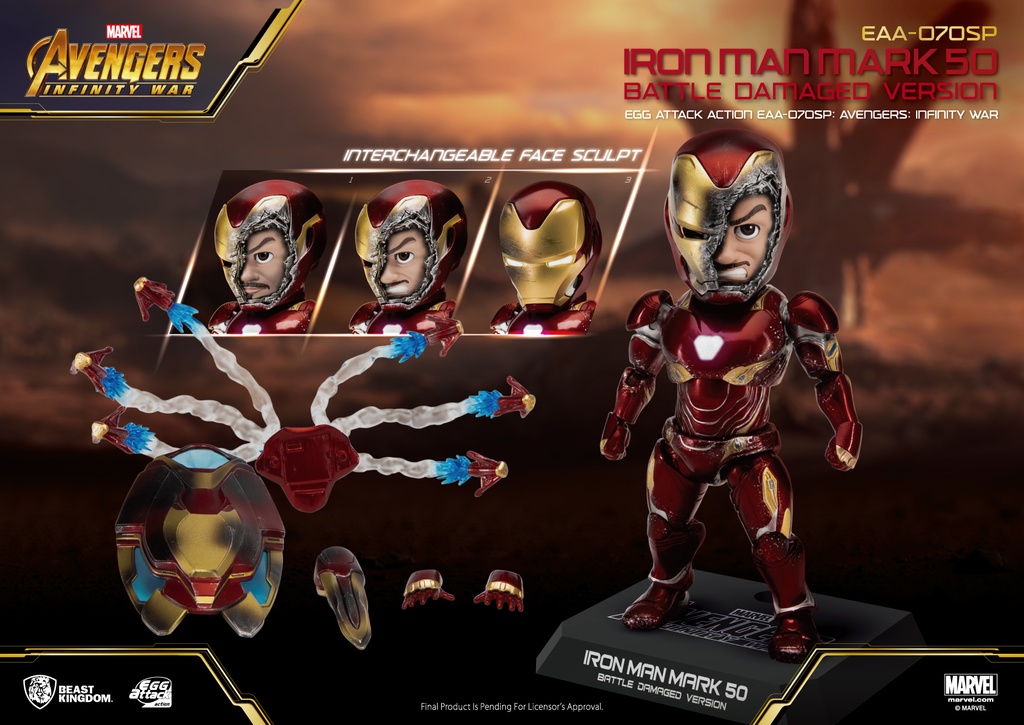 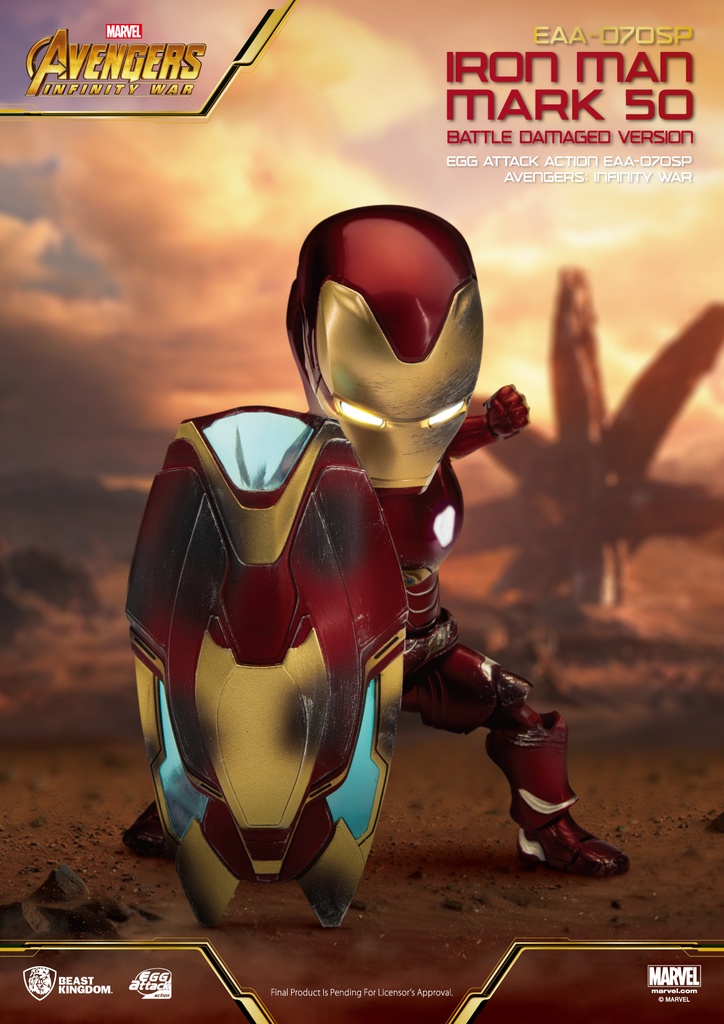 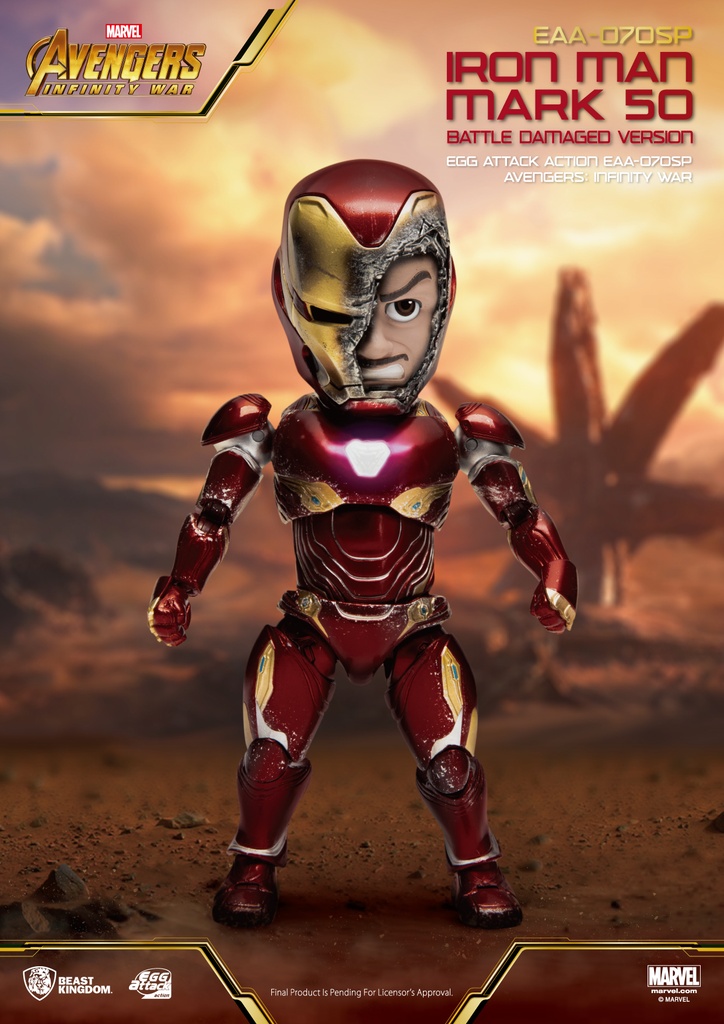 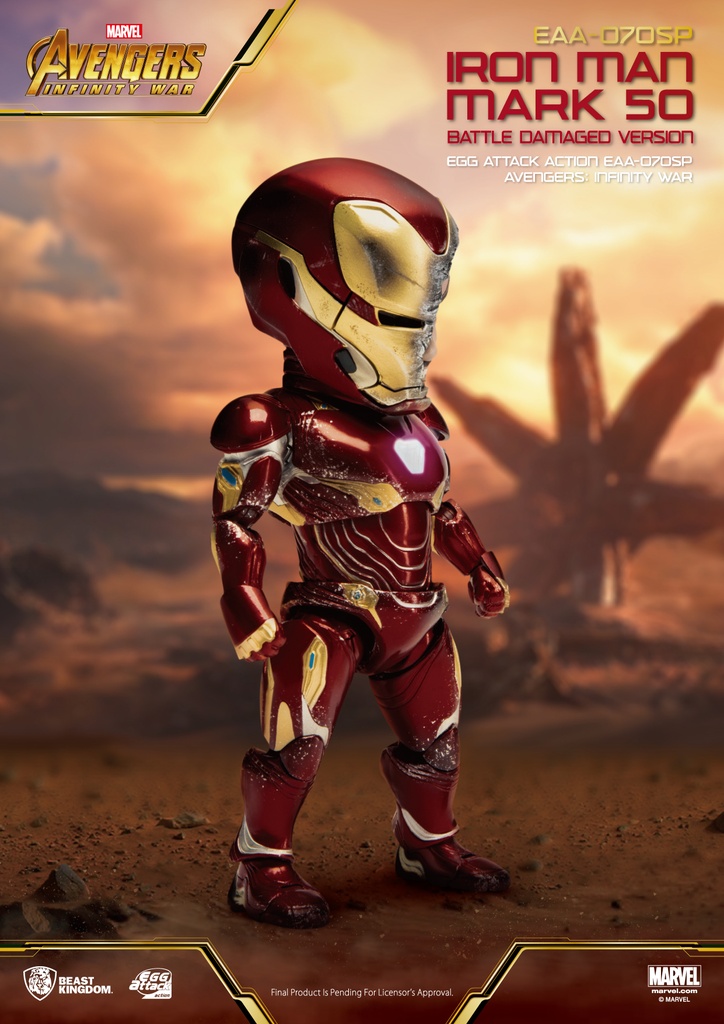 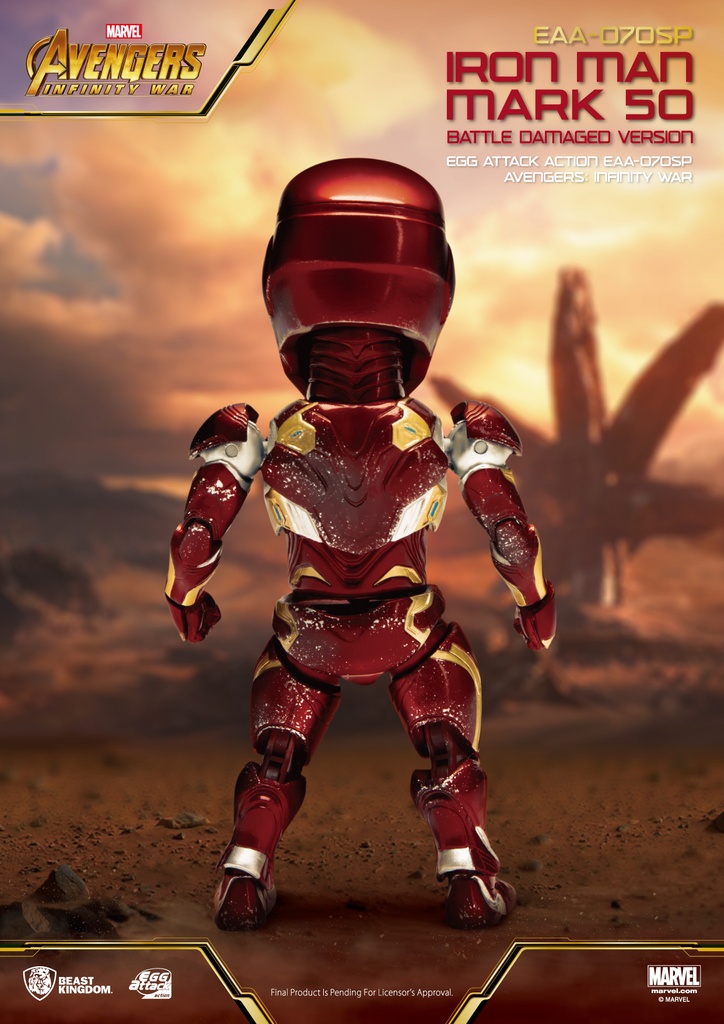 Two years after the Marvel Cinematic Universe’s “Avengers: Infinity War,” the thrilling battle scenes and shocking special effects continue to run through fans’ minds. Just thinking about it is enough to make your blood race! The brilliant nano armor of Iron Man’s Mark L (Mark 50) suit has raised a lot of passionate discourse, and now it can be an emphatic addition to your collection.

Infinity War.” In the wake of the enthusiastic response to the launch of the Iron Man Mark 50 figure, Beast Kingdom has developed the “Iron Man Mark L Battle Damaged” articulated figure. In addition to the basic configuration, there are interchangeable hands (fists and open hands) and masks (war damage and exposed face). The figure hits the mark on replicating Tony Stark’s expressions and movements in the films. This version includes the latest weapons associated with the Mark 50 suit: the nano sword, the nano shield and the back-mounted nano missile launchers. Sophisticated production methods faithfully reproduce the damage caused to the nano armor during the battle with Thanos. Whether it’s hand-to-hand or aerial methods, Iron Man’s combat skills are on full display. Fine painting and built-in LEDs in the helmet and reactor really make this figure shine. This “Iron Man Mark L” Marvel figure will absolutely enhance your collection!

Beast Kingdom has also taken collectors’ wishes into account. In addition to the pre- order of the “Mark L Battle Damaged” figure, Beast Kingdom is launching the special “Mark L Nano Weapons Set.” The primary accessories of the set are the nano sword, the nano shield, and two sets of nano missiles firing from the launcher. Collectors who have already purchased the “EAA-070 Mark 50” figure will definitely want to add this set of additional weapons. Upgrade your MK50 now!