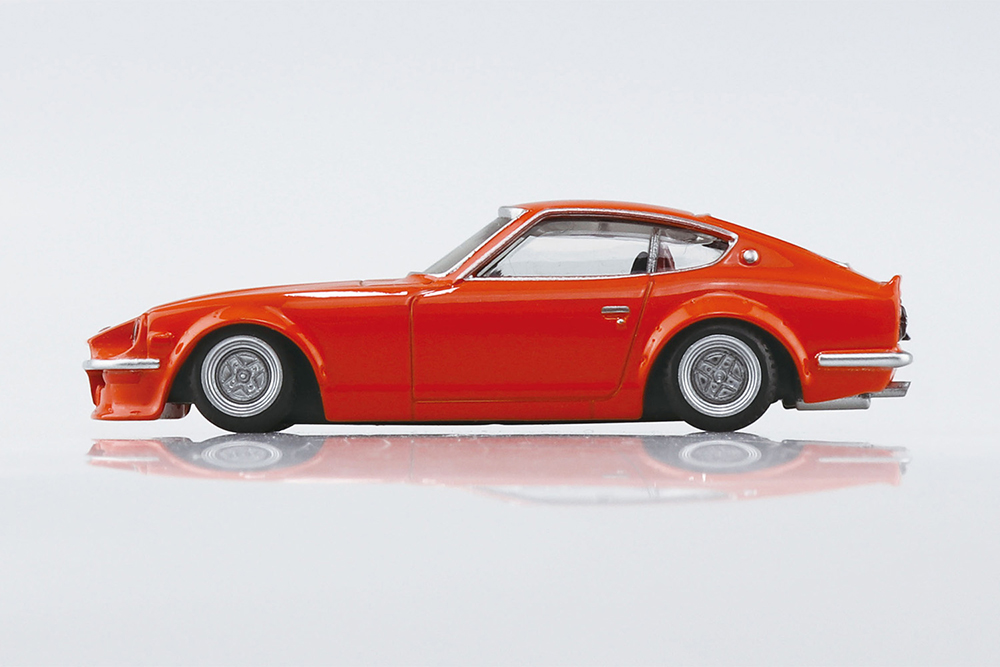 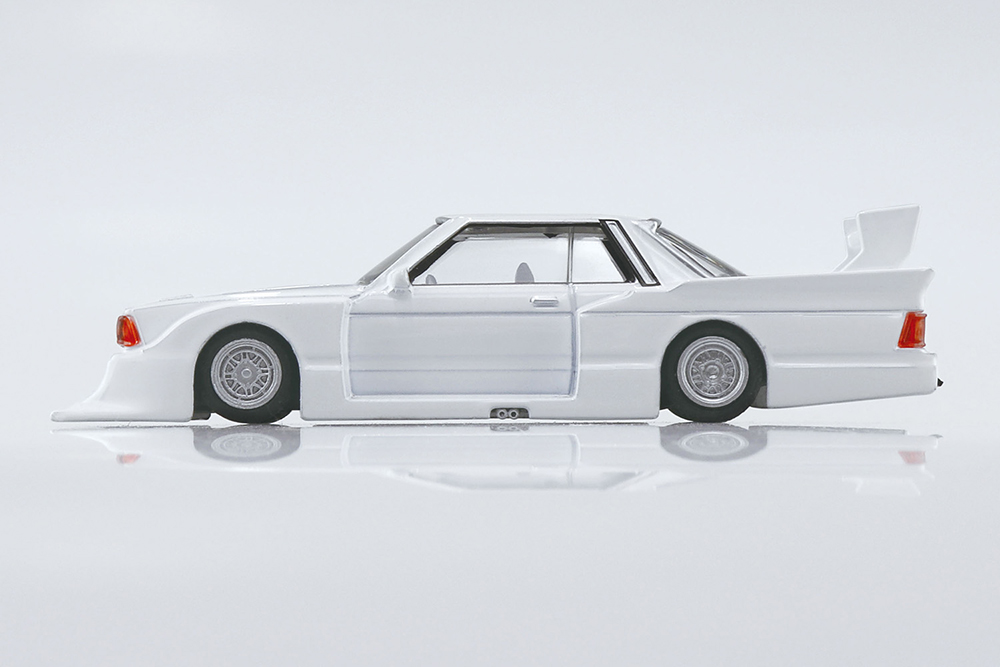 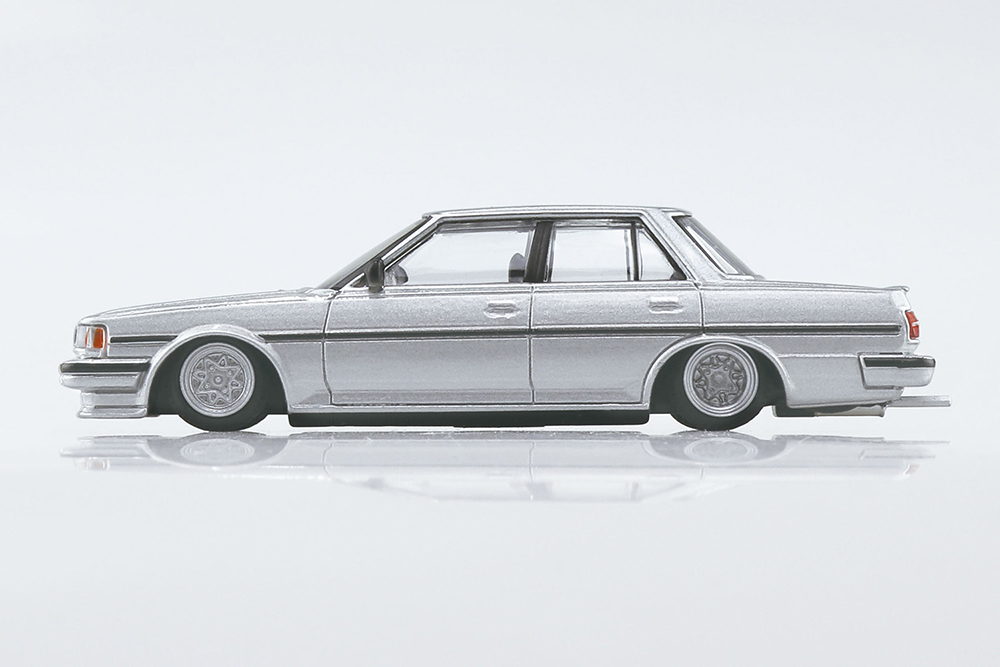 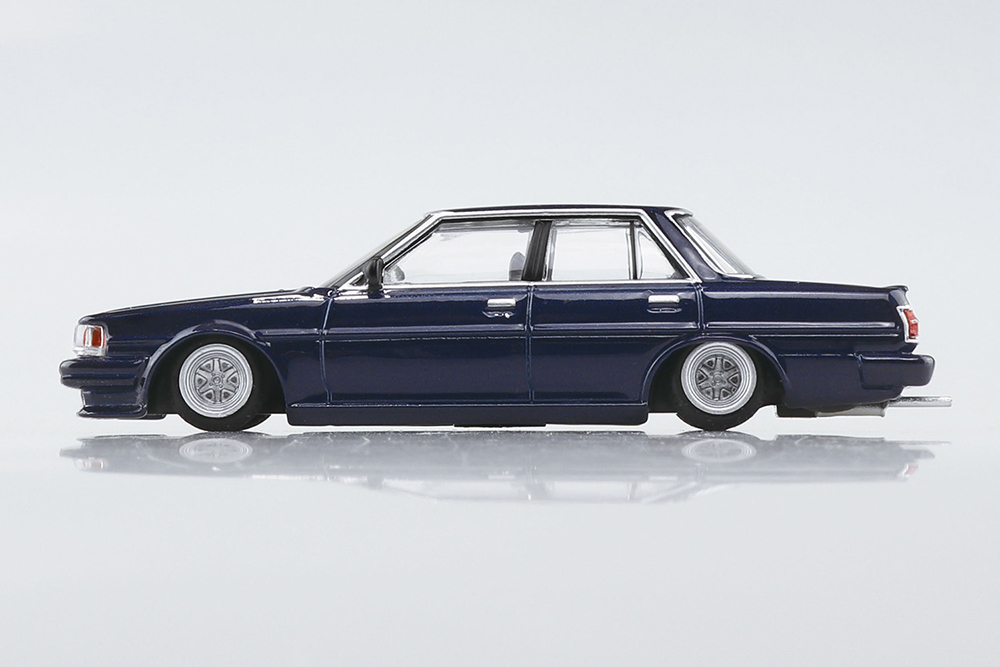 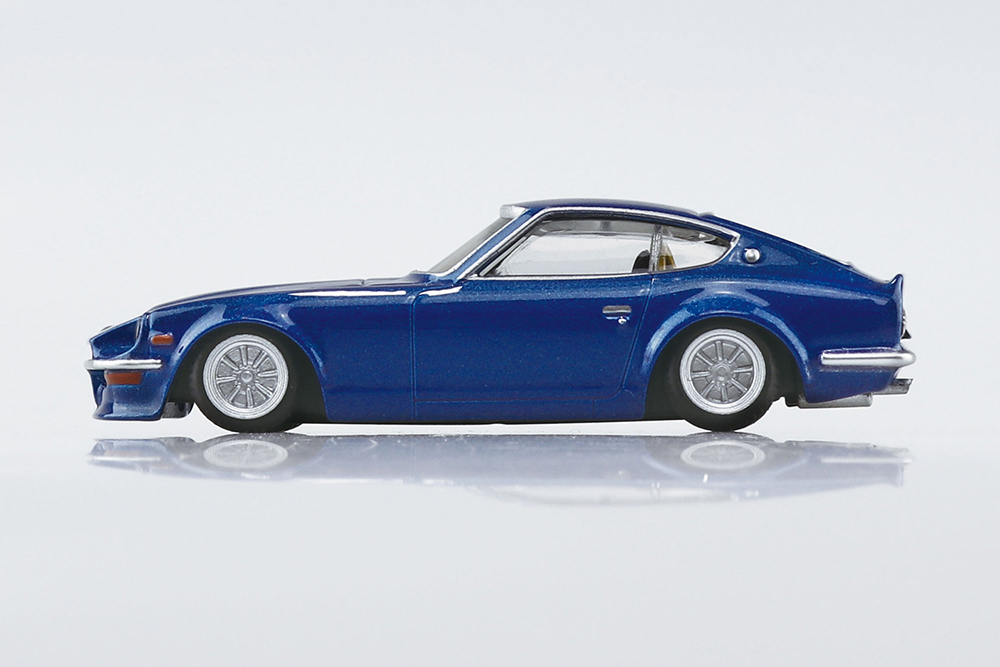 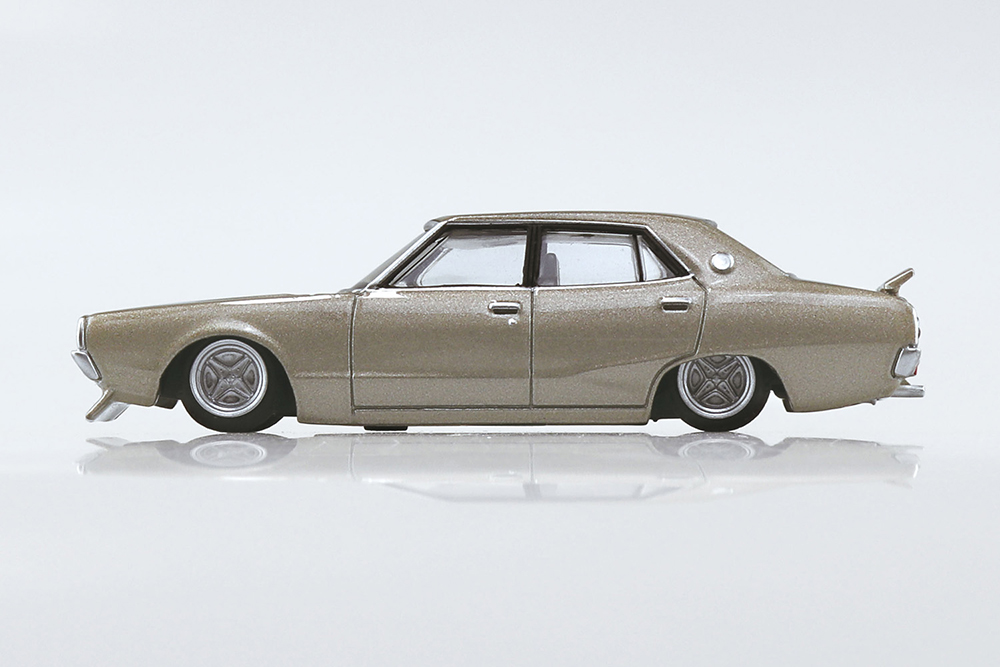 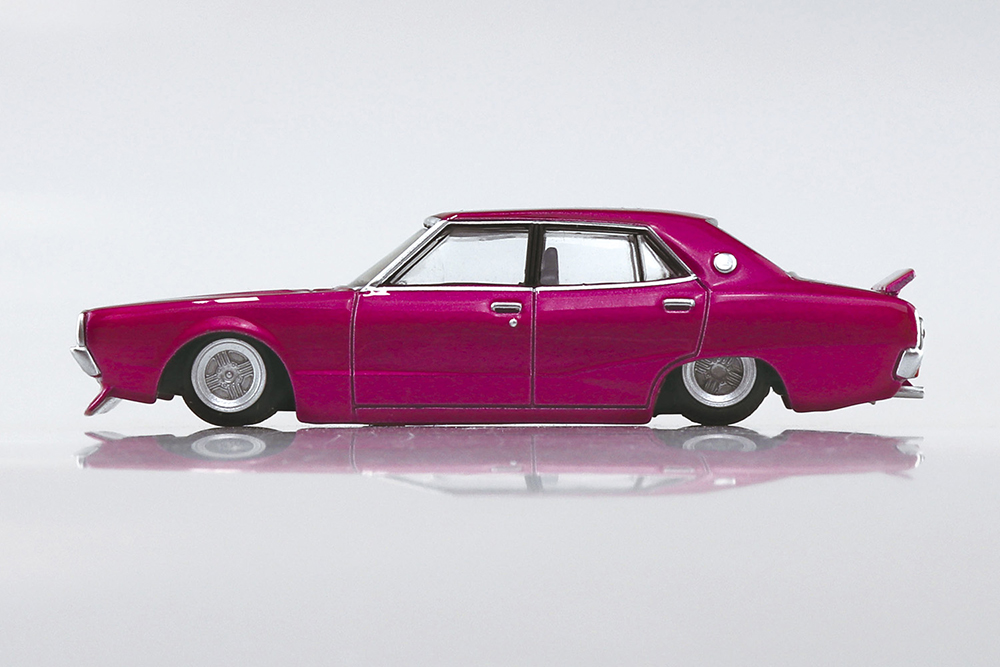 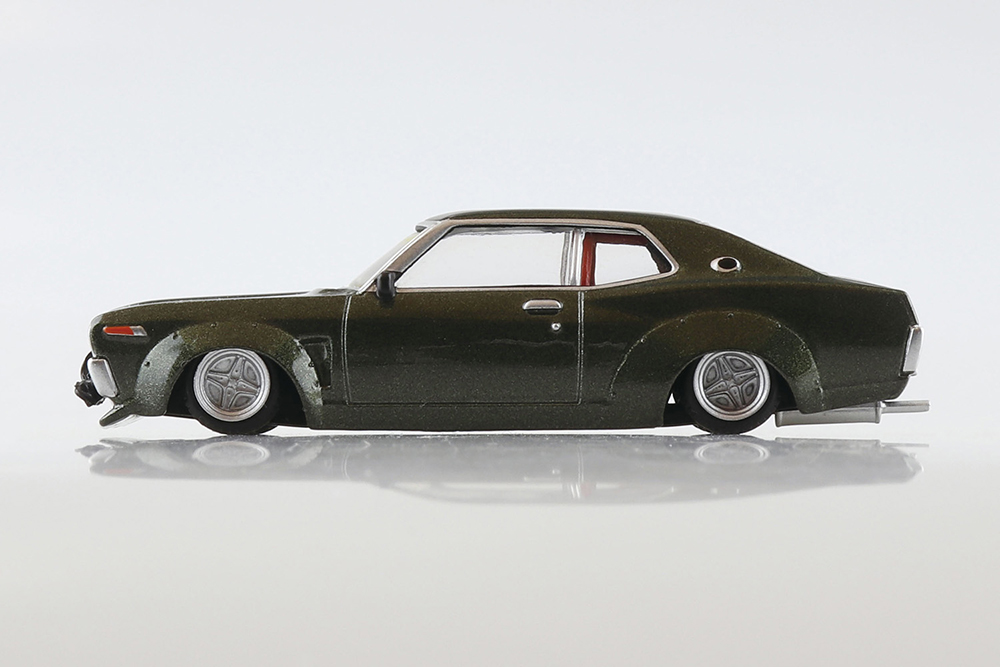 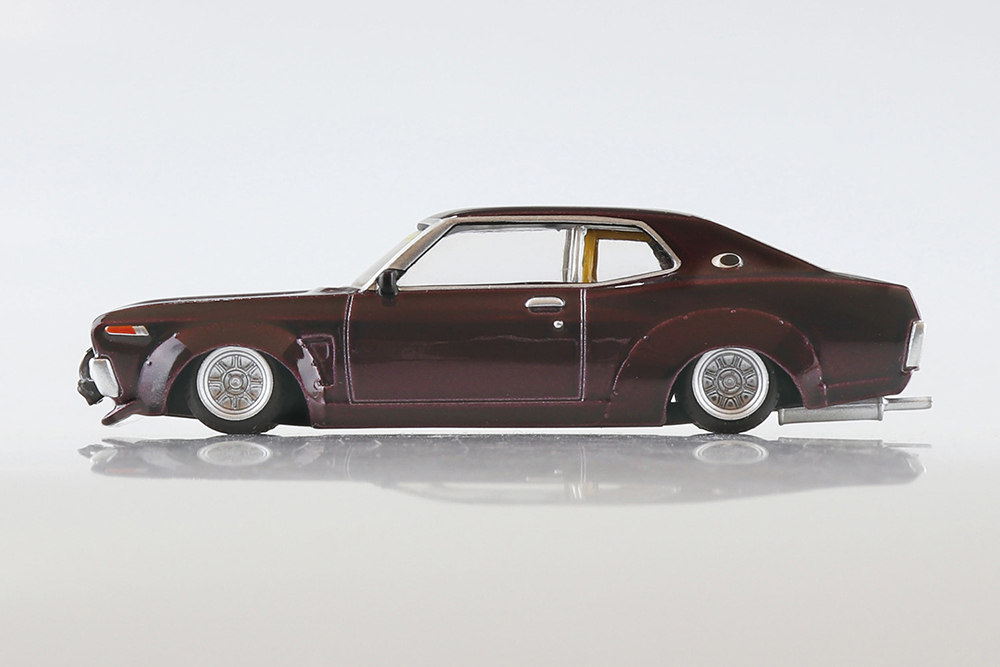 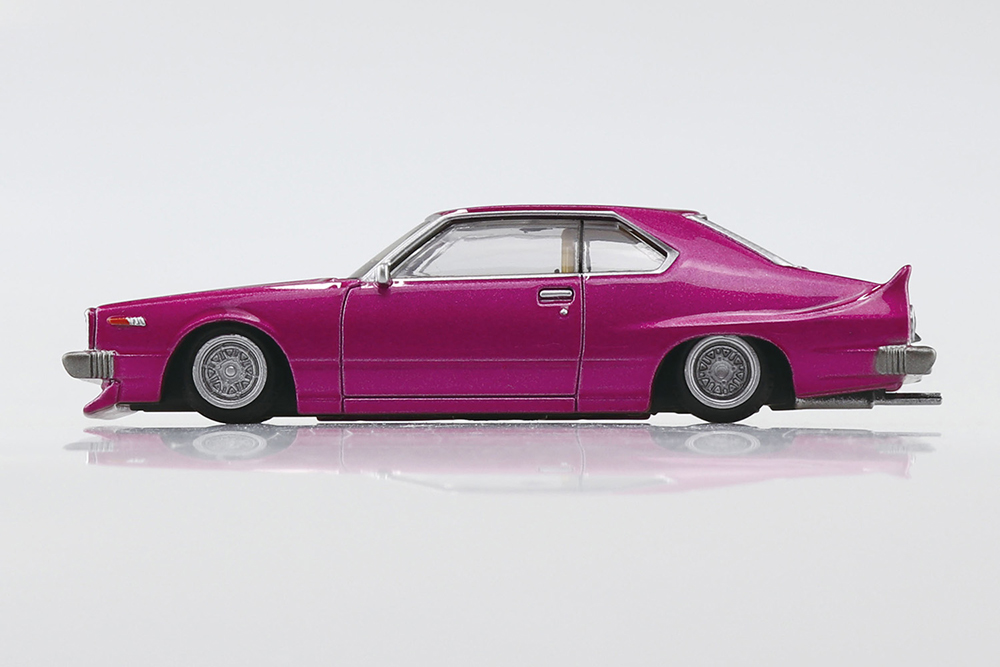 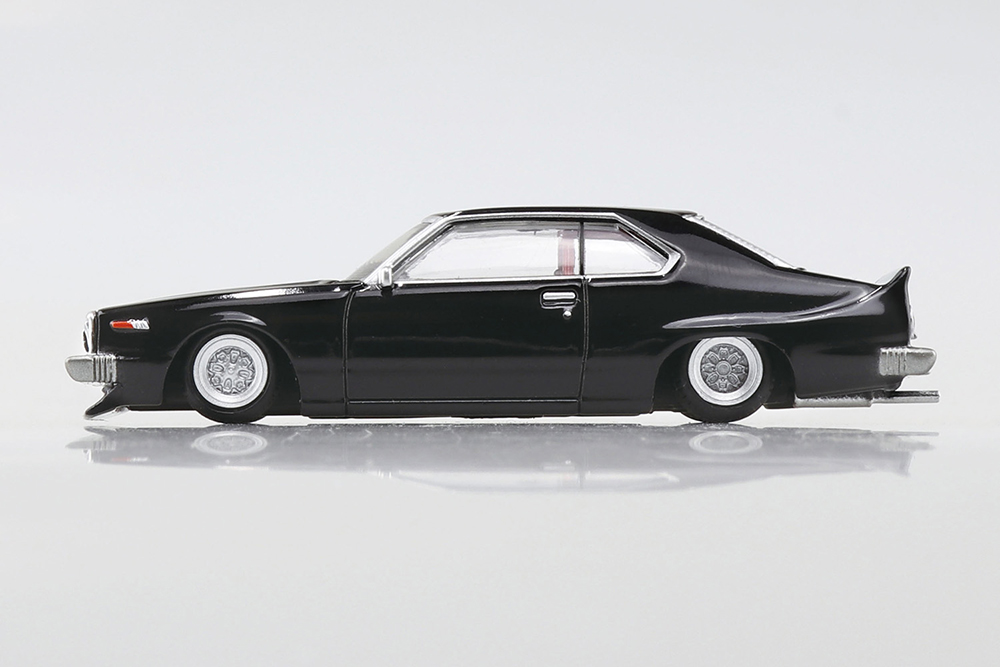 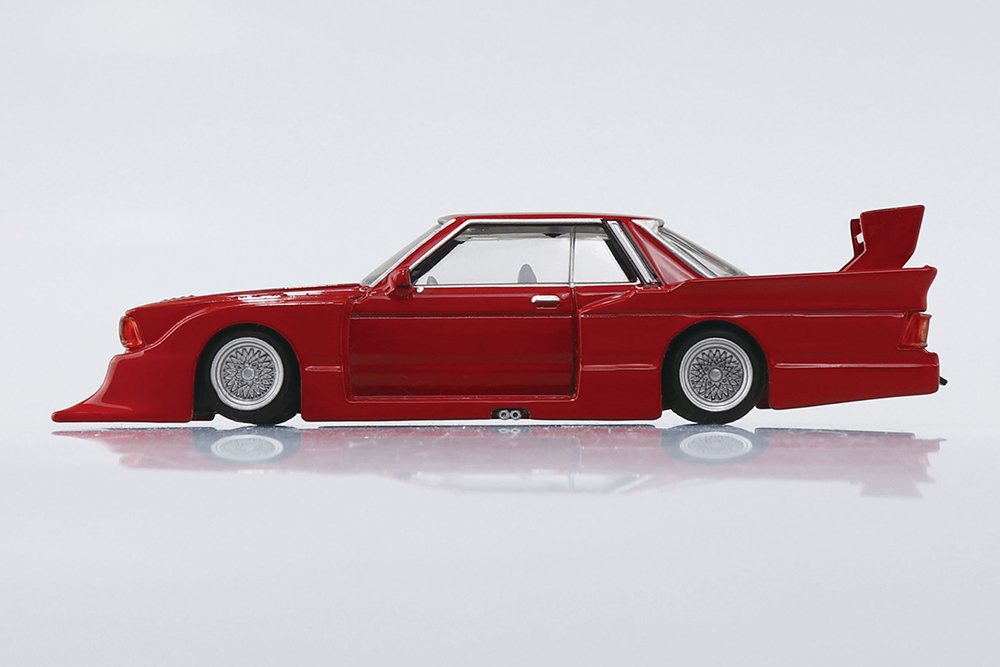 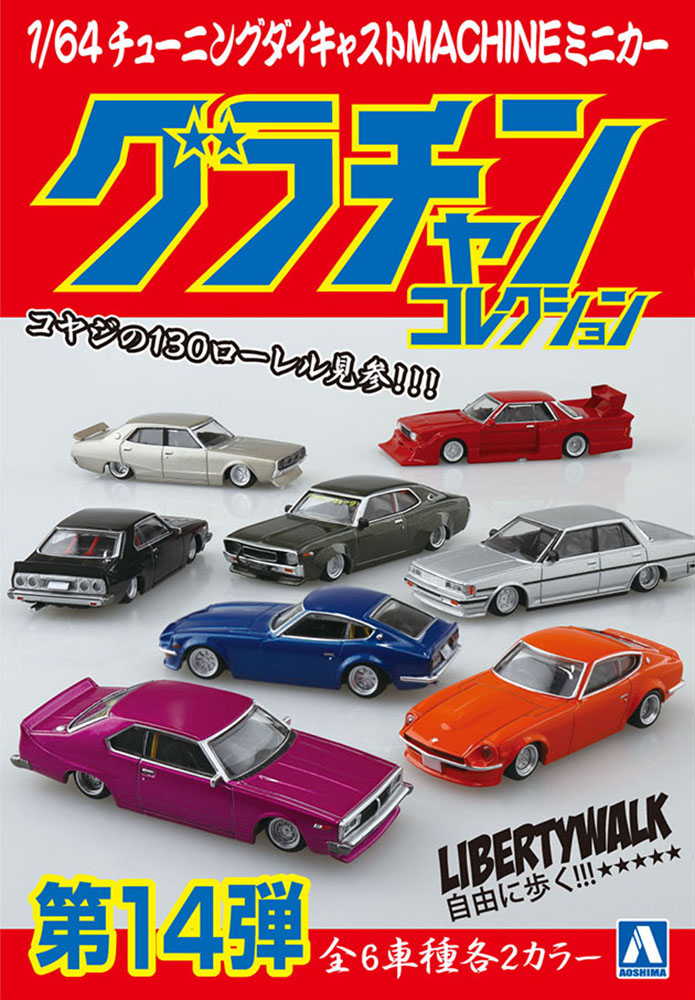 1/64 GRAND CHAMPION COLLECTION Part.14 from Aoshima! The S30 FAIRLADY Z and the Japan 2Dr, two classic old car customization models, join the lineup, both of which are now available in simple custom versions. The tuning machines that were popular among the young in the 80's have been made into 1/64 size miniature cars. The customization and wheels of those days are fully reproduced in a small body of about 70mm.

This is a simple customization of an early S30 FAIRLADY Z. The vehicle is nicely put together with an unknown manufacturer's F-spoiler and 240Z fenders and wings. The interior has a roll bar, and the car is ready to go!

It's a simple Kenmeri with short ride height, new wheels and chin spoiler. The simple customization with the goodness of the bare bones is very likable.

This is the treasured Butaketsu Laurel of "Shakotan★Koyaji," aka Wataru Kato, the representative of Liberty Walk. It is equipped with works fenders, chin spoiler, oil cooler, and roll cage. The front fenders also have slits.

Based on the early model, the face and blinkers are transplanted from the Laurel, and it is equipped with a chin spoiler and 3-part putty-filler. The roll bar inside the car and the dual mufflers, which can be said to be the standard, give the car a hardcore atmosphere.

It's a tribute to the silhouette, but also casually incorporates a three-part putty-filled section.

That's a 71 Cresta. The low height and the genuine chic body are very well defined! Looks like only the ride height has been modified, but if you take a closer look, you'll see that it's a late model based on an early model. It's hard to do something like that since it's a part that people don't notice easily.