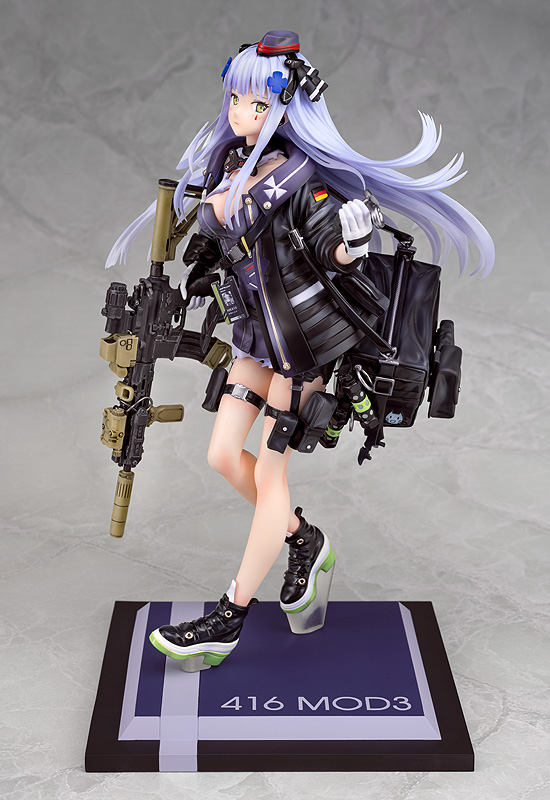 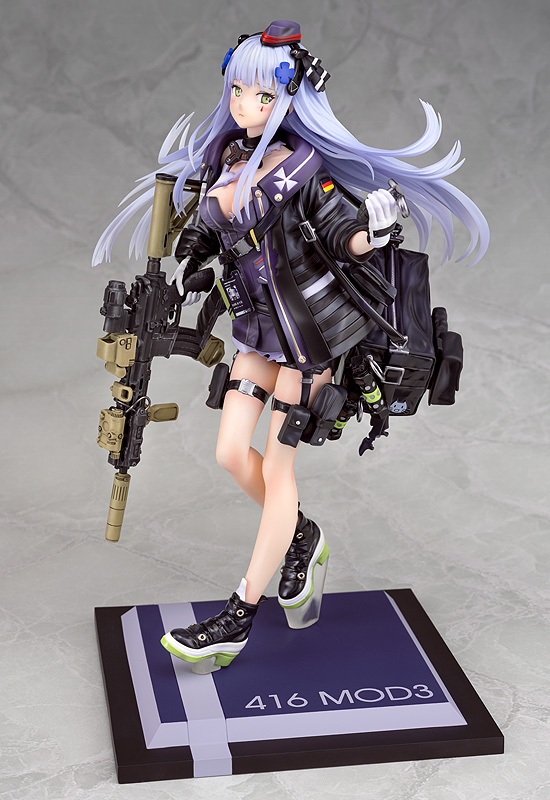 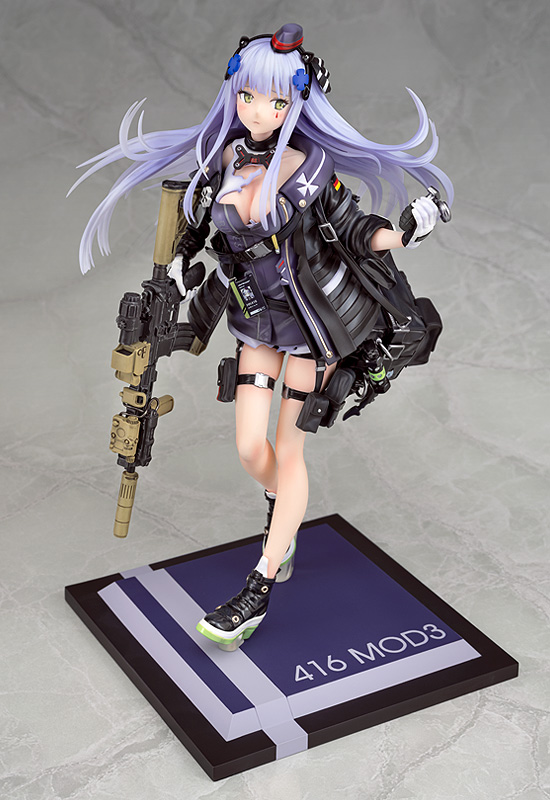 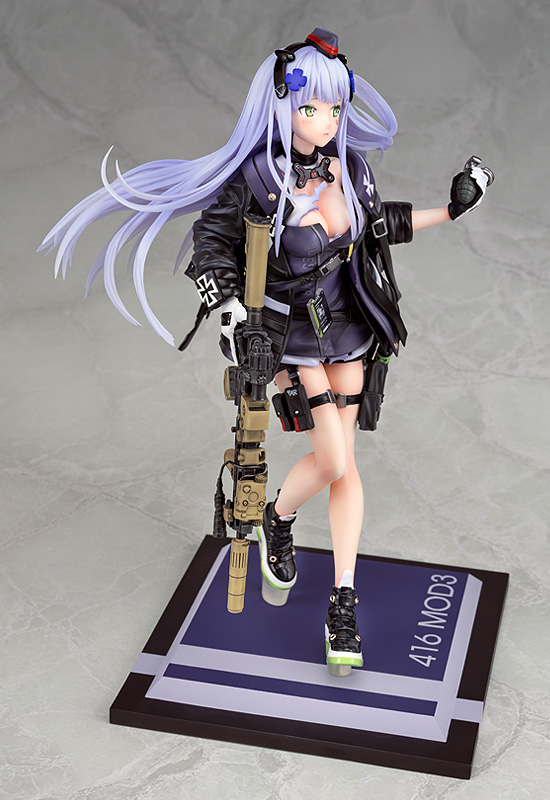 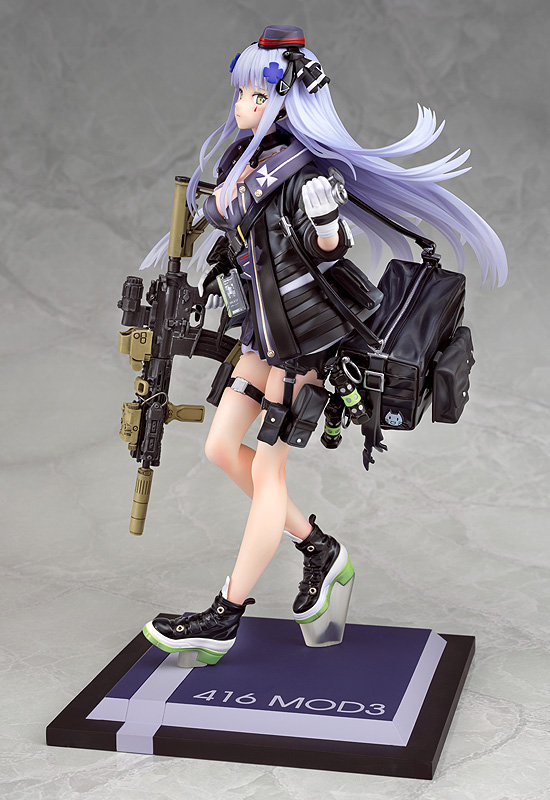 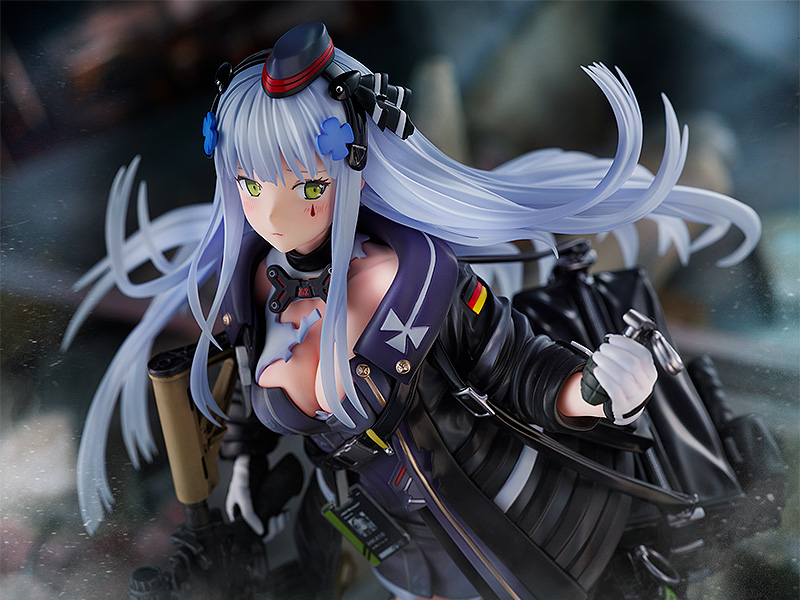 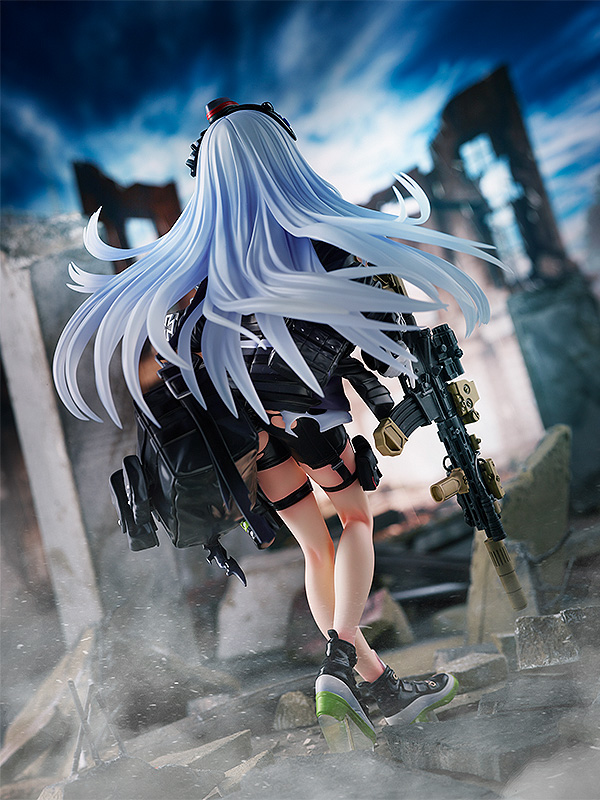 From the popular smartphone game "Girls' Frontline" comes a rerelease of the 1/7th scale figure of the Assault Rifle T-Doll 416! 416 has been recreated in her MOD3 appearance from the game. 416's MOD3 equipment contrasts with her pale skin showing beneath the damaged parts of her outfit, making for an eye-catching display.

416 has an embarrassed look on her face, unlike her typical composed expression. Her long hair has been recreated with translucent parts, giving it a somewhat see-through appearance. Additionally, the fine details of her rifle have been faithfully captured with a combat-weathered look.