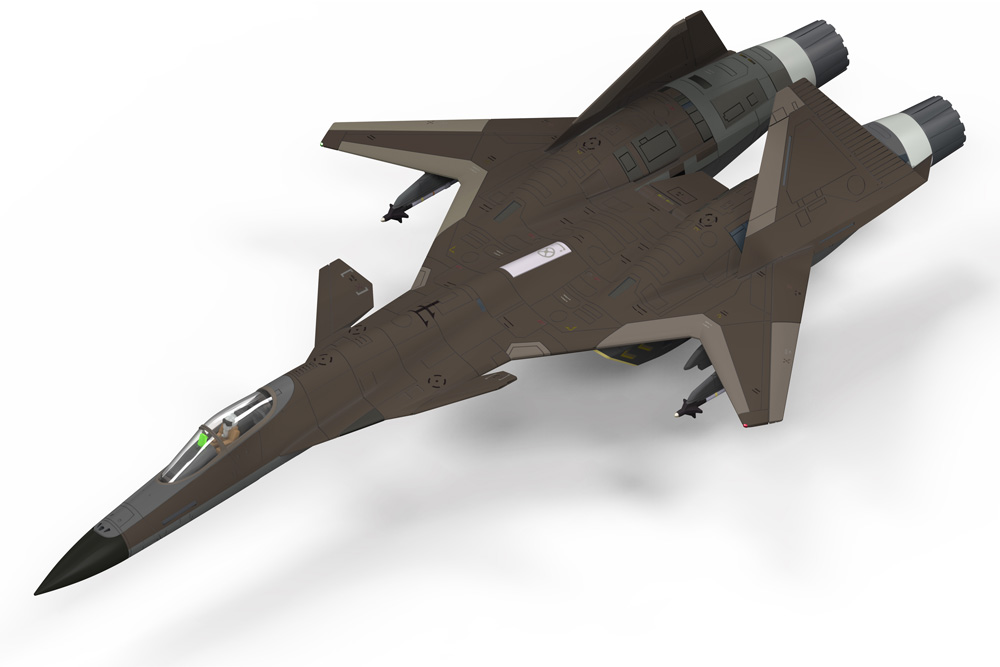 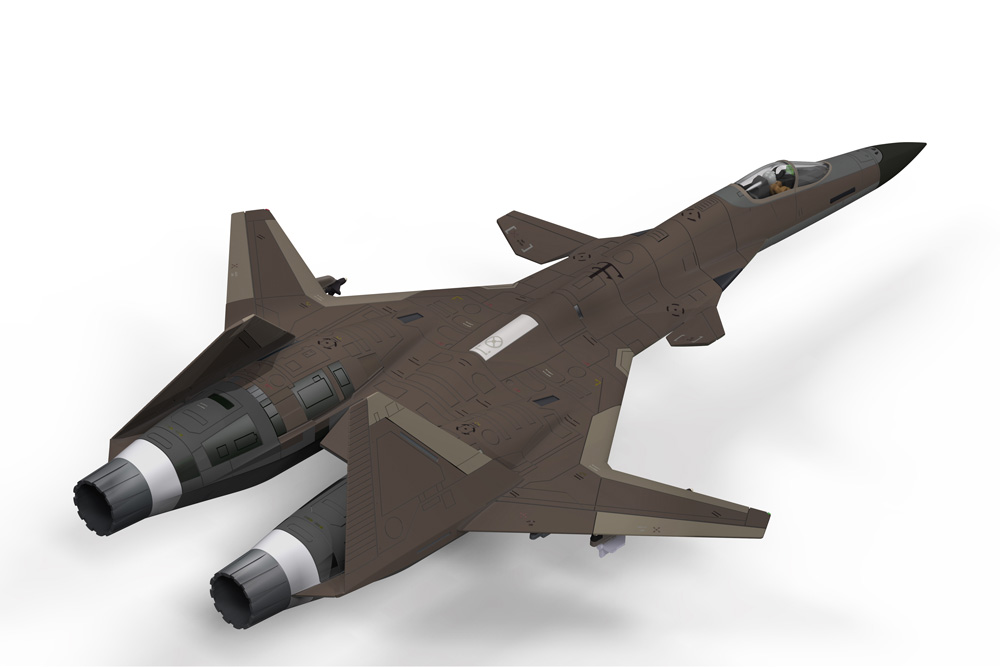 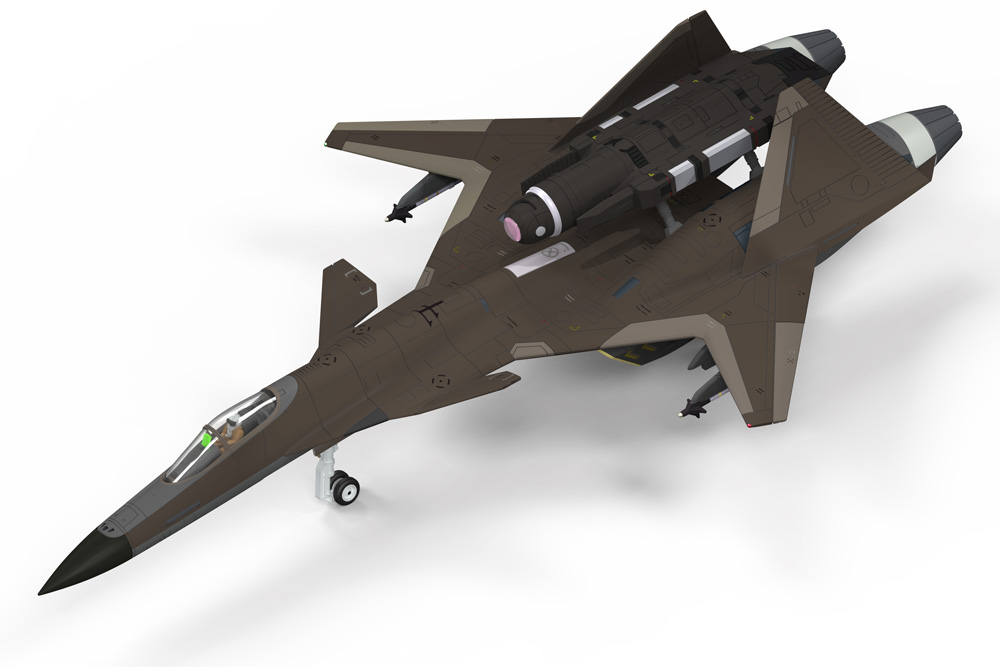 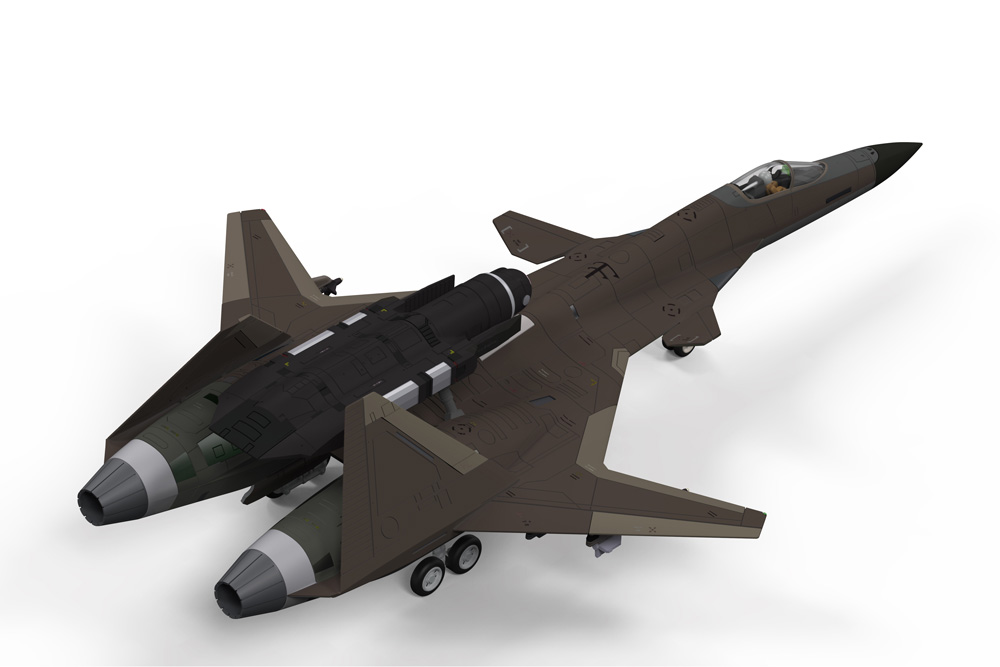 From the masterpiece flight shooting game series, “ACE COMBAT”, “ADFX-01” in a 1/144 scale now joins Kotobukiya’s model kit series! Through the game’s data and PROJECT ACES’s cooperation, this kit perfectly captures the details of ADFX-01 in the game and is a snap-fit kit that doesn’t require glue to assemble.
The special weapon Multi-Purpose Burst Missile, codenamed "Hypersthene," can be removed from the pylon, and the pylon can also be removed from the base model to recreate the unarmed version of the model.

The same applies to the Tactical Laser System, codenamed "Zoisite," which can also be attached and removed after it has been assembled. Clear parts to recreate the laser beam and its attachment parts are also included so that it can be interchanged once assembled.

The open/close state of the landing gear can be recreated using alternative parts. The included mini base also comes with an attachment part that can be turned 90 degrees left or right and is compatible rolling.

With its 1/144 scale size, you can recreate various flight formations with previously released models or other aircraft models while not taking up too much space in your collection.

This model comes unpainted with a dark grey plastic; perfect for custom paint jobs to recreate your favorite skin such as Skin #01! Pre-painted versions made with the colors of Skin #03 and #07 from “ACE COMBAT 7 SKIES UNKNOWN” are also available sold separately.